Tornados, flooding, and my second gift.

I decided to start my route west from St. Louis instead of Chicago because (1) I’ve been to Chicago multiple times and didn’t want to bring my rig near town when I didn’t have any experience towing and (2) I wanted to slow travel yet still get to California by the first of August. Yep, this meant going straight through Tornado Alley at peak season and hitting the desert mid-July.

My first impression driving through StL was how ridiculously delicious it smelled. I honestly believe that they have hidden exhaust pipes coming out of all the yummy restaurants around town and vent them along the highways to entice the tourists driving through. If that’s true then it’s a wise plan because as soon as I entered the city limits I was smelling all the smells and drooling for some barbecue.

I landed here on May 17th, just a week after a north levee on the Mississippi breached from all the spring rains. The ground was saturated and there was flooding everywhere. I was to stay at the Cahokia RV Parque on the Illinois side of the river because it was the only campground I could find in the StL area that had space available. I found out later I was the last person to get a reservation because all other campgrounds in the area had been flooded. In the first week I was there, I experienced several tornado close calls, torrential downpours, severe wind, and even woke up one morning to a flooded campground.

And good lord it was humid.

I was lucky enough to be parked next to the witty groundskeeper, Kevin, who befriended me and kept me informed which helped me feel safe through all of this. This was comforting because StL was my first “on the road” experience after leaving my home and the kick-off to my Route 66 journey. My Little Guy Max handled the rain and wind like a champ and I started to relax a bit.

Kevin—who by the way had organic micro-greens planted all over the RV park—gave me the lowdown on the neighborhoods to check out and the ones to steer clear of, so I took my Blix eBike out to explore. StL is made up of neighborhoods that began in the 1800’s and are still the way folks define their territory. The red-brick houses that saturate this town—unique only by a colorful door, a bright painted-glass window, or unique spires—keep the earthy, rich history present. And there is plenty of history here that should never be forgotten; slavery, Civil War, Trail of Tears, Lindbergh, beer and baseball. You can learn it all at the Missouri History Museum inside Forest Park, which is worth the explore.

The Soulard neighborhood—which I highly recommend checking out—hosts a great farmers market on Saturday mornings, multiple pubs and eateries, salons, boutiques and gift shops. Kevin met me there and showed me around the market grounds, giving me a crash course on the history of the area. I felt like I had my own personal tour guide.

StL gets a bad rap most of the time. I can’t tell you how many people warned me about going there and I just want to say that if you look at the worst a place has to offer, than you most certainly will experience just that. Don’t get me wrong, STL has grit just like any other city, but it also has a rustic beauty and charm that many people overlook because of their fears. I drove into the city a solo female traveler—fresh on the road and towing my new tiny home behind me. I stayed open-minded, understood not to go into seedy areas (just like I wouldn’t do at home), and wasn’t afraid to explore. I asked questions, listened to others, learned about the area, didn’t make any judgements based on other people’s fears and opinions, and found STL to be a rich and diverse culture full of generous, friendly people. I left there with a new understanding of the history of America, an appreciation for this rough-around-the-edges city, and my second gift; a fresh Cilantro seedling from my new friend which was left on the picnic table the morning of my departure.

It died in Oklahoma. 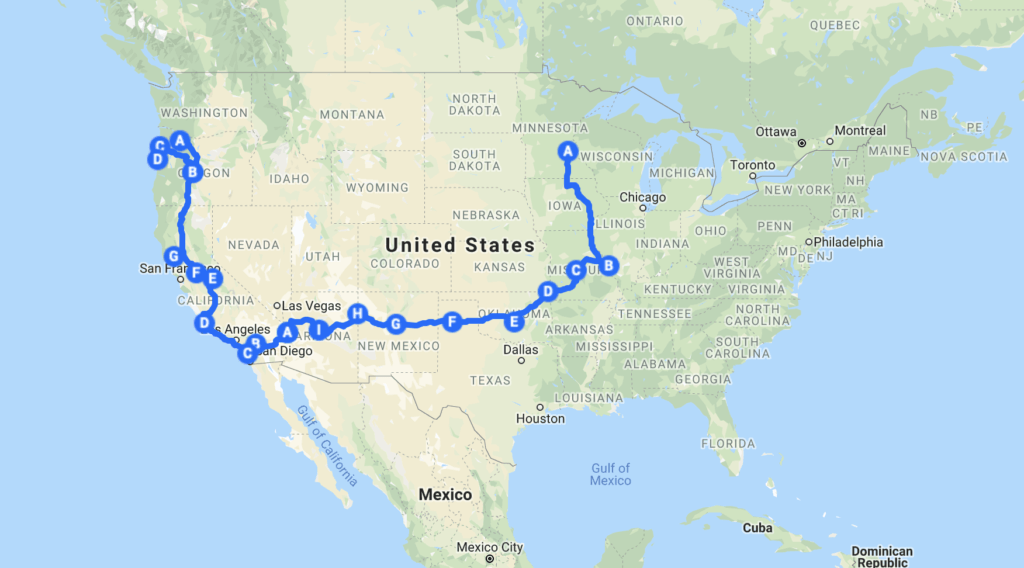